When practicing flying stars feng shui, the white stars of 1, 6 and 8 are the most commonly discussed in terms of auspiciousness as if by default.

This is partly because the white star 8 is the runaway favorite among practitioners, and it is inevitably linked to star 1 and star 6 which together makes up the trio of white stars.

But the unique star number 9 that tend to stay out of the spotlight also belongs to the group of 4 auspicious stars.

Named you bi xing (右弼星) in Chinese, it is one special star that is poised to rule the last 20-year period of the lower era in the 180-year Xuan Kong cycle commencing from 2024.

The 9 purple is unique for various reasons.

Firstly, it is the only star among the 9 that is capable of “producing” the stars 2, 5 and 8. If you do your homework, you’d know that the 2-5-8 string of stars form an axis along the luo shu chart. In addition, they play a primary role in special natal charts like parent strings and 7 star robbery.

Secondly, it’s spiritual home is the south which is the original position of the azure phoenix. Just like what the East is to the dragon. This has great symbolism in the traditional methods of practicing feng shui. And also why feng shui marketers are already starting to brand their materials with the rise of phoenix after a long 180-year wait.

Thirdly, the purple star 9 is not directly associated with wealth luck, but is linked to the inputs that create wealth and output that wealth creates.

We can go on and on about what makes the purple 9 unique. But you get the picture.

It shares the same south palace as the Qian trigram in the hetu river map and forms a metal frame when combined with the star 4, but is more commonly known to be associated with the Li trigram as in the Luo Shu magic squares.

The implications of this association with the Li trigram also means that it takes on the same attributes as this particular trigram. Which inadvertently means that during the period of 9 starting in 2024, life aspects represented by the Li trigram will be widespread and very observable.

Because it is a star with a fire elemental base, wood and fire will strengthen it, earth and metal would weaken it, while water might either invigorate it or put it out.

During the period of 8, the 9 purple often gets neglected by homeowners as their focus is on the timely 8. But as we slowly move into period 9, this is the one star that will be the most prosperous to tap onto as a homeowner.

When untimely or afflicted, it become a messenger of scandals, fire hazards and problems with the law.

Activating and powering up the star 9

Before we even think about activating the star 9, one must first identify where it is located in the premises.

This is because the star 9 is almost always mentioned in the context of flying stars feng shui. And this means that where it is located in a specific house depends on the natal chart of the house, which in turn depends on the age and facing of the house.

For example, if we are talking about a house facing East built in 2008, it would have the below birth chart.

This means that there needs to be mountain at the northwest direction to activate the mountain star (sitting star) so that the household can be blessed with relationship harmony and good health by the power of the phoenix.

Conversely, there needs to be water at the northeast directional sector to activate the water star (facing star) so that the family can reap the positive rewards that the purple star brings in terms of wealth.

We can actually look into more details about how appropriate it is or the presence of mountain and water at the north west and north east. For example, by determining where these placements adhere to the rule of direct and indirect spirit. But that is not the topic of discussion here.

Because the phoenix in traditional feng shui represents the frontal area of a house… which indicates a bright hall, the best use of the water star 9 is to have an open area with lots of activities when indoors such as a living room. When outdoors, it is appropriate for a garden or an area with water features such as a pond or swimming pool.

Traditional feng shui would find it most desirable if the water star 9 is positioned in the primary wealth location. In this case, it would be a suitable sector of the home to place items symbolic of wealth in the area.

The star 9 can also arrive into specific sectors of a dwelling via the annual stars. The implications would then depend on the star combinations and the dynamics that occur when the annual star 9 enters.

In any case, individuals with kua number 9 (life star) might find that they would have the best potential to enjoy the best of luck. However, do remember that it would mean little if opportunity arrives but you are either unwilling or unable to capitalize on it.

One of the most inauspicious star combinations among all 81 is the 5-9. This is because the 5 yellow is already the star of misfortune, and it is powered-up by the fire of 9 purple. It is a configuration that would bring about health issues to the household. Residents must remedy the afflicted location with the strategic placement of metal.

The 7-9 and 9-7 are also know to create fire hazards and scandalous romance. Earth element is the remedy to harmonize the two conflicting elements.

The 9-8 is an auspicious star combination as the wealth star 8 is energized by the purple star. It would bring about various events worth celebrating including weddings.

Get exclusive feng shui insights that you would not find anywhere else.
Ask A Question Amazon Manifestation Fengshui Bazi Symbols
New
The Custom Of Pasting Door Gods At The EntranceStep By Step Guide To Groundbreaking RitualThe Symbolic Meaning Of A Pair Of ChopsticksThe Various Taboos Of Wearing ApparelLaba FestivalThe Zither Is An Instrument That Sings Marital Bliss

How To Feng Shui A Northwest Facing House

The Wicked Five Yellow Star And How To Pacify It

The Associations Of Different Rooms With Life Aspects

Is A Ceiling Fan Good Or Bad Feng Shui? 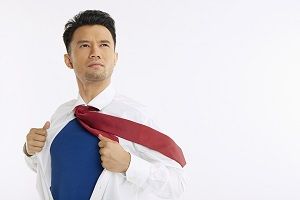