The Chinese New Year (CNY) is by far the most celebrated event in the calendar year for Chinese all over the world.

So much so that many households start making preparations weeks before the actual day itself.

And as CNY traditionally lasts for 15 days, the whole process from preparations to resuming normal life can take as much as a month.

So it wouldn’t be wrong to describe CNY as a period rather than just a day.

In ancient China, people often have to relocate to cities for employment. Considering the vast land in China, it’s not surprising for people to not see their relatives and loved ones for the whole year.

With strong family values being a virtue of the Chinese, filial children go out to generate income so that they can send money back home for their parents to live simple lifestyles.

Because of this, everybody makes it a point to go back to their family home so as to be with their families to make up for the lost time which they had spent cities apart.

This is why every year, millions of Chinese join the mass annual migration back to their home towns before CNY so that they can spend with their families and uphold the values of Chinese culture.

It must be said that such norms are not limited to people in China. Chinese people all over the world are traditionally compelled to join the festivities.

There are various customary practices before, during and after Chinese New Year day itself.

The official commencement of spring is arriving.

A thorough cleaning of the house have to be done before ushering in the new year.

This is a major operation that traditionally means to sweep every inch of the house and housekeeping to be done even on the walls.

Even furniture should be temporarily moved in order to sweep the corners of walls and floor underneath things like the bed and refrigerator.

The onus is to do the cleaning with a happy mindset as the household is symbolically clearing the house of the old energy to invite the new energy in.

After spring cleaning, all brooms must be kept hidden from sight.

At the same time minor decorations will be put up consisting of new year art called nian hua (年画),window decorative art called chuang hua (窗花), and another decor art called chun lian (春联) which are spring couplets consisting of a pair of words or phrases written on two pieces of paper. Of which, the most customary words to display are 宜春.

More traditional families would paste artwork consisting of a pair of door gods Shen Tu and Yu Lei. An alternative is the pair of Qin Shubao and Weichi Jingde.

The reunion dinner is the gathering of all family members for a feast on the night before the new year (除夕夜).

It’s not uncommon for families to dine throughout the night.

After all they have a lot of catching up to do with relatives who have been working far away or abroad.

While it is not mentioned in culture, these days the typical reunion dinner is a hotpot dinner where everyone cook raw food with a simmering pot of soup that is shared on tables.

The legend of chu xi (除夕), which is the day before CNY was that a terrible monster called Nian (年) that kills and feeds on livestock appears towards the end of winter in Chinese villages to have it’s fix. When the people learned that the creature fears the color red, fire and loud noises, they decorated their houses with red mahogany, decoration pieces and even setup firecrackers. One day, the Nian arrived and was greeted with all these arsenal of celebrative items and fled back into the mountains, never to be seen again.
This mythological story forms the basis for the other practices which will be discussed later.

A ritual carried out by superstitious or religious people is a simple prayer ceremony to welcome the gods for the new year.

Called shou sui (守岁), the tradition of staying up late past midnight is a customary practice of welcoming the new year.

There is also a folklore that children who practice it will bless their parents with a long life.

It is customary for elders to give red packets to anyone of less seniority.

Married couples also traditionally give red packets to those who have yet to get married.

Thus, children tend to receive the most red packets during CNY celebrations.

When it is not possible for all members of the family and relatives to have reunion dinner together, then visits to the homes of others can be made on any of the 15 days of CNY.

This is called bai nian (拜年).

Typically, the younger generation will make the travels to visit those that are more senior.

On the visit, two or four mandarin oranges should be brought by the guests. And the resident will give back two or four oranges in exchange.

This symbolizes the sharing of gold as the Cantonese word for mandarin oranges is pronounced as Kum, which sounds similar to Gold in the same dialect.

No prizes for guessing which dialect group started this culture.

Other goodies that might be brought as new year gifts include the new year cake (年糕) and the modern barbecue meat (肉干).

The lion dance performance is often seen in shopping malls and sometimes residences.

These dances are meant to ward off evil and invite auspicious blessings for the new year.

It must be said that there is no need to go to such extreme performances or the lion dance to serve it’s purpose.

Like the lion dance, fire crackers are meant off scare off evil.

They are often lighted up in front of the main doors to a house or building as that is the main entrance to the premises.

However, because of how hazardous they can be some places have firecrackers banned. That or they can only be arranged by professionals.

This is a practice that has emerged in the recent decade or two. And it is said to have originated from Singapore where there is a majority population of Chinese.

Called yu sheng (魚生), it is basically a dish consisting of various types of shredded vegetable and raw salmon slices.

The different ingredients are placed neatly on an oversized serving bowl.

Then everyone at the table will toss the ingredients around with chopsticks while calling out phrases of good fortune and good health.

It’s inevitable that the whole table will be littered with mixed ingredients.

The act of tossing the dish about is called lao yu sheng (捞魚生).

After all these, there is also the lantern festival on the 15th night of the first lunar month. But that is regarded as a different festival altogether. 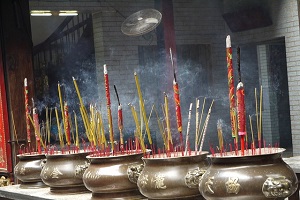 The Chinese Hungry Ghost Festival Keeps Up With The Times 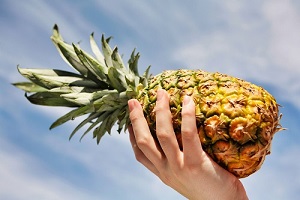 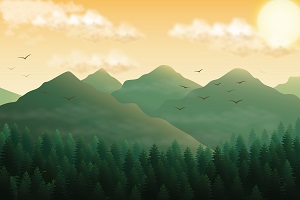 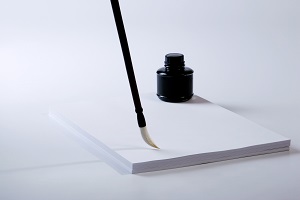 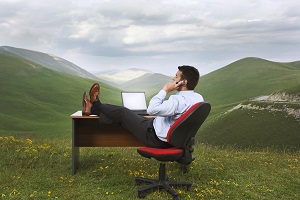 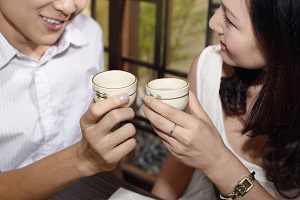 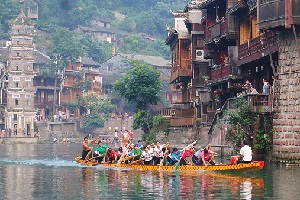 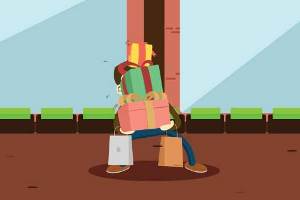 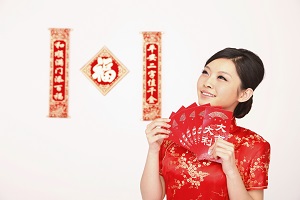 The Auspicious Nature Of Spring Couplets 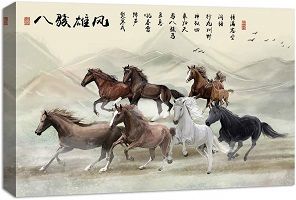 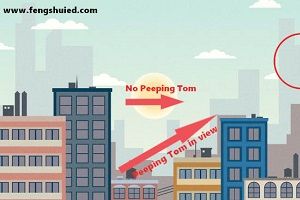 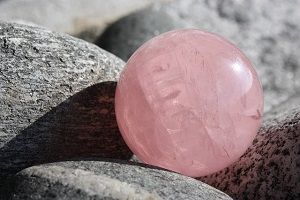 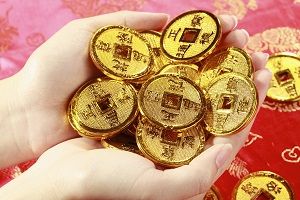 How To Design A Wealth Bowl For Feng Shui Placement 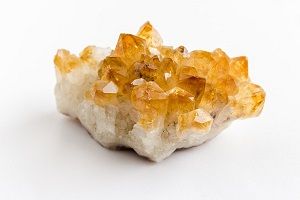 How Citrine Crystals Are Used In Feng Shui 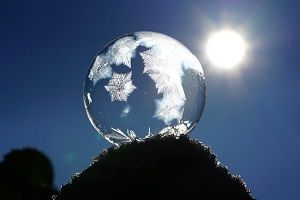 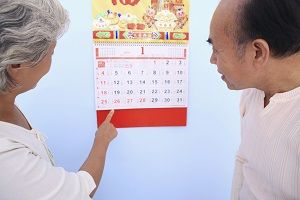 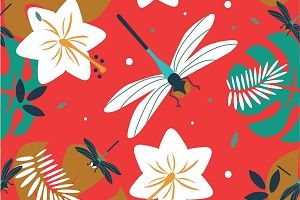 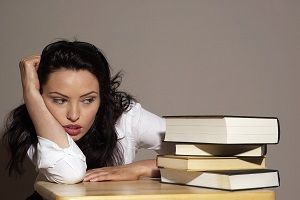 5 Best Books On Chinese Astrology To Forecast The Future 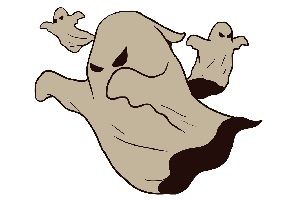 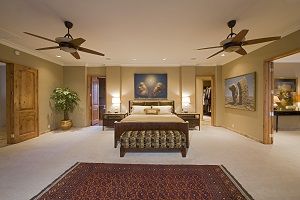 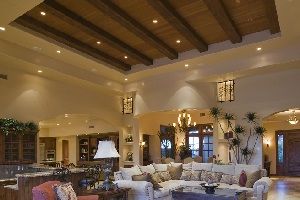 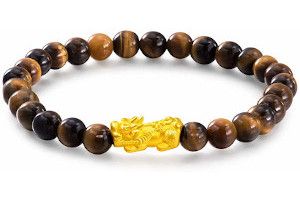 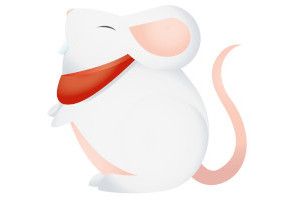 The Early Rat And Late Rat Hour Predicament In Bazi

Like what you've read?
Feng Shui Insights
The really good stuff is in our newsletters.
Also receive alerts to critical energy changes.