If you have been applying feng shui either as a practitioner or a hobbyist and have never seen a flying stars natal chart (or birthchart) before, you must be living under a rock.

Flying star feng shui is generally agreed by various masters as one of the, if not THE, most potent forms of feng shui that one can practice at home.

It’s applications to diverse aspects of life has almost no boundaries.

And many of the variables used in it’s theoretical concept can be traced to other feng shui schools of thought seamlessly.

It is as if it’s the “Theory of Everything” in feng shui.

The most unique component of flying star feng shui is it’s natal charts.

The basics of flying star feng shui can be read up here.

While we can pretty much determine a property’s facing direction today and get the relevant chart immediately, there is a science to how the sequence of numbers find their way and position into the natal charts.

If you are a feng shui geek, this explanation would excite you.

But if you are one of those people who just needs to know that the lights come on when you flip the switch and don’t feel a need to understand how electrical wirings transfer that energy burst to the light bulb, then you might want to skip this.

Not that there’s anything wrong with just knowing where that switch is.

I sometimes do that too.

Age and period of 8

We are currently in the period of 8 which runs up to the early part of 2024.

So the example we will use in this training class will be based on the period of 8.

Let’s take the example of a house facing S2 sitting on N2.

As such, we will get this natal chart below.

So how does this birth chart come to be this way?

The first thing that one needs to understand is the shifting sequence of stars which plays a primary role in manually generating a natal chart.

The flying sequence follows that of the luo shu square which moves from:

This sequence of movement of stars determines the moving sequence of stars when initially plotting the natal chart.

Keep this in mind as we will come back to this in a bit.

Because the next thing that one has to understand is that there are basically 3 numbers that represent stars in each of the 9 square grids.

These 3 numbers represent the:

While there is no standard or correct way to present them, the method of presenting them with the base star at the center, with the mountain star on the top left and water star on the top right is widely practiced.

With this in mind, it’s time to go back to the flying sequence.

Because we are currently in the period of 8, the base star of 8 will be located at the center of the 9 square grid.

When we apply a forward moving sequence of numbers starting from 8 in the center, this is what we get when when the flying sequence of stars is applied.

Take note that the south is at the bottom of the image as the example that we are using has an S2 facing.

As can be observed from the picture above, we have now laid the foundations for the natal chart.

The next step is in determining the mountain star and water star at the center grid.

The mountain star follows the number at the sitting of the house, which in this case is the number 4 at the north.

The water star follows the number at the facing of the house, which in this case is the number 3 at the south.

The center grid will now be this:

Now that we have got this center grid finalized, it would be so easy to just add the numbers into the remaining grids just as we did with the base star number.

But that would be wrong.

The method of determining a forward or backward flying sequence of numbers for the mountain and water star is a little more complex.

The 24 mountains is divided into 3 groups consisting of:

Each one of the 24 mountains will be attributed to one of these groups.

Further more, each will be classified under a category of yin (-) or yang (+).

For simple reference, the below table indicates the attributes of each mountain.

More information about the 24 mountains is discussed here.

From the table above, it can be seen that the facing of south falls at a heaven and yin category.

Therefore, the flying sequence of the water star is descending.

Plotting this into the chart, we get this.

The forward or backward number sequence of the mountain star has to take the original configuration of the luo shu squares into account.

Because the sitting direction at north turns out with the number 4, referring to the number 4 on the luo shu square, we get southeast.

Referring back to the table of 24 mountains, we can observe that the southeast is of heaven and yang category.

Therefore, the flying sequence for this particular natal chart has the mountain star moving forward.

After plotting the mountain stars, the end result is the period of 8 chart facing S2 that we are all familiar with.

So now you know how the flying star natal charts are generated.

How The Jade Belt Formation Works 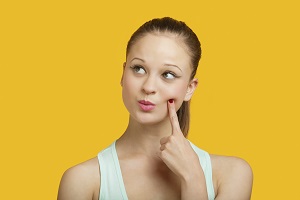 How To Feng Shui A Northwest Facing House

How To Choose The Best Bedroom Color Scheme