The Qing Ming (清明) festival is a day for paying respects and remembering ancestors.

It falls on the second of the 24 solar terms, not on a specific day of the Gregorian calendar.

The Chinese have a very gratifying attitude towards their ancestors. Many families even have ancestral tablets placed on altars at home together with the gods.

As such, calling Ching Ming a festival sometimes don’t sound quite right as the word “festival” reminds one of celebrations. Qing Ming day is actually one filled with solemn ceremonial practices.

However, long distance relatives often find Qing Ming a good reason to meet up and catch up with one another.

Because while Chinese New Year brings together people of the immediate family and in-laws, Qing Ming tends to bring together people that’s quite far apart in the family tree.

After all, an ancestor might have feng shuied his or her grave site just for their descendants to enjoy good luck and live a blessed life.

On a side note, yin feng shui is used for grave sites. Feng shui that we apply to residences is yang feng shui.

While the “correct” day of offering prayers and paying respects on the grave site or columbarium is on Qing Ming day itself, due to the mass amount of people following this tradition, more and more people are conducting their Qing Ming activities up to weeks before and after the actual day itself. Making Qing Ming festival a time period rather than a day.

Part of the reason for this is that Qing Ming does not have an official status outside of China. Therefore, working adults need to find time within their personal schedules to engage in the customary practices of the festival.

Qing Ming was actually a holiday conceptualized by Emperor XuanZong in the period around AD 730. Because he found that people were spending too much time and money paying homage to their ancestors, he designated a particular day for all these activities to be conducted.

But to understand the origins of Qing Ming, one has to be aware of the story of Jie Zitui.

During the period of around 650 BC, Chong Er who was a Price was on exile and was followed by a group of loyal subjects. Under the harsh survival circumstances, it was alledged that Jie Zitui voluntarily cut a piece of flesh from his thigh for the Prince as food. When Chong Er became Duke ruler of of Jin state later, he lavished his followers witha luxurious life. However, filial Jie chose to go into the mountains to live a simple life with his mother. When Chong Er was was unable to find Jie, he ordered the mountain be set on fire so that Jie would be forced to come back to him. This plan backfired as Jie Zitui was killed in the fire together with his mother. In deep remorse, Chong Er ordered that fires are not to be set on this day each year and that people can only consume cold or uncooked food, which became the Han Shi festival (寒食节).

This day fell a day before Qing Ming.

Subsequently over a long period of time, the activities of both days merged to become a day of sweeping tombs, paying respects to ancestors, and remembering Jie.

The main activity of Qing Ming is in visiting and cleaning the graves of ancestors, more commonly known as the ritual of “sweeping the tomb” or 扫墓.

So much so that most people don’t even know of other customary practices and consider their jobs as done after paying their respects to ancestors and loved ones who have gone before them.

Another practice is the burning of a cloth bundle.

In other areas of China, Qing Ming is also a tree-planting day as farmers realized that the day itself serves as a good benchmark for identifying ideal soil conditions during spring for planting new plants.

Kite flying is also slowly making a presence during the festivities.

Qing Ming also marks an important day in tea production. As green tea leaves plucked before this day are fresher, they are given the label “pre-qingming” to grade them higher than batches that are “post-qingming”.

Get exclusive feng shui insights that you would not find anywhere else.
Ask A Question Amazon Manifestation Fengshui Bazi Symbols
New
8 Best Symbolic Longevity Paintings As Gifts For SeniorsThe Grand Celebrations Of Birthdays After 50 Years OldHow One Is Given A Style Name At The Coming…The Significance Of Grabbing Test On A Child’s First BirthdayThe Significance Of A Baby’s 100 Days CelebrationHow Red Peas Became A Gift Synonymous With Love 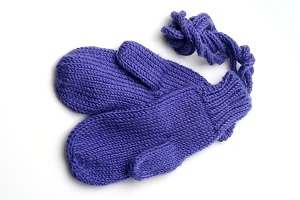