There are always things to keep in mind when renovations works are planned for a property.

When it comes to feng shui, one of the most meticulous decisions to make is the scheduling of works due to be conducted in areas suffering from annual afflictions.

Because there are always 3 key areas linked to 3 directional spaces within the property that is best left undisturbed, this metaphysical restriction can really throw the whole renovation plans into chaos.

As a quick recap, the 3 major annual afflictions are the 5 yellow, grand duke and 3 killings. Conducting construction activities in the spaces where 3 resides can bring bad luck and catastrophe.

But what can you do when you absolutely cannot avoid putting off the work until the next year?

One of the date selection concepts that address this issue is the sun’s arrival at the mountain theory. It is pronounced as tai yang dao shan (太陽到山) in mandarin and is also commonly known as the great sun formula.

According to this concept upon the arrival of the in the mountain position, all bad luck, all negative energy, and all evil will be impotent to cause any harm to the living.

And since the 24 mountains is associated with the 24 sub-seasons of jie qi, we can plot dates where a house can undergo renovations at any sector without arousing the negative effects of the annual afflictions.

This means that even though the grand duke might be at the position N2 in 2020 for example, you can go ahead and conduct renovations works in the sector without offending the duke as long as you schedule the activities during a period where the sun arrives at the mountain.

The problem with this is that if we specify a specific mountain, we are only looking at a 14 to 16 day window during the year for such works to be undertaken. This might not present enough options to a homeowner.

This is resolved by the concept of the 3 combinations in San Yuan feng shui.

Before identifying the benign dates to commence and undertake construction works in afflicted area, the facing and the sitting of the house has to be determined first.

This is because even though the movement of the sun along the 24 mountains can be predicted, the facing-sitting orientation of a house is different from house to house.

The sitting position which corresponds to the 24 mountains will then be used to erect it’s combinations frame to identify other mountains, and thus time slots, which are suitable for renovations works.

For example, if a house is facing NW3 (E12), it would be sitting on SE3 which corresponds to the E6 of the 24 mountains. And since E6 has a 3 combinations relationship with E2 and E10, the time slots of these 2 mountains can also be used. The end result is that this house would enjoy protection from the sun’s yang powers and be immune to the negative effects of the annual afflictions when construction works are done during periods of the year indicated by E12, E6, E2 and E10.

Below is a table for easy reference.

The 24 mountains can be referenced here and the jie qu which indicates the time periods during the year can be found here.

With the information above, you’d be able to plot your own time periods to undertake renovations in afflicted areas during the year.

For example, the grand duke being at position E1 in 2020. So it is only safe to renovate afflicted areas during the period of E1 which is between January 21st and February 5th.

However the blanket approach is more commonly used in the modern world.

Get exclusive feng shui insights that you would not find anywhere else.
Ask A Question Amazon Manifestation Fengshui Bazi Symbols
New
An Exposed Standalone Pillar Is Like A Sword Through The…How The 5 Combinations Of Heavenly Stems WorkA Deeper Look Into The 6 Combinations Of Earthly Branches9 Signs Your Home Has Bad Feng ShuiHow To Use The Original Coin Oracle Method To Consult…The Different Methods Of Determining Apartment Natal Charts

The 15 Hour Stars Of The Tong Shu (Chinese Almanac)

The Sui Po (year breaker) Relation To The Grand Duke

How To Choose An Auspicious Marriage Date (wedding)

The Basics Of Date Selection In Chinese Metaphysics

The Concept Of Host Star And Guest Star In Feng Shui

9 Types Of Mountains In The Practice Of Feng Shui

When The Sun Arrives At The Mountain, Renovations Can Be Done At Afflicted Spaces 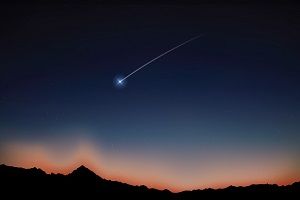 The 7 Star Robbery Formation Garners Luck In All Ages

What Harm Does The Buttlerfly Door Do In Feng Shui

11 Living Room Feng Shui Rules That Apply To All Homes

Get exclusive feng shui insights that you would not find anywhere else.
scroll to top
Get feng shui updates