While most feng shui enthusiasts should be familiar with sheng chi and sha chi which generally refers to good and bad energy, many don’t realize that there are much more variations of energy in feng shui.

In the general practice of feng shui, it is generally acceptable as long as residents in a home are harnessing good chi and keeping a tab on bad chi.

But in some cases, a more advanced application of feng shui is necessary to manage the feng shui of particular homes with more complicated configurations.

This is when real masters of the feng shui art come alive with meticulous planning of a house with the purpose of tapping on specific types of chi.

The two most common types of chi that are most commonly mentioned can be basically classified into two broad chi categories.

They are basically yin and yang.

Yin chi (阴气) refers to stillness, female, and negativity in some aspects.

Both yin and yang can have endless connotations. And it is impossible to list them all here. There is no good or bad between the two. It all depends on how they are used in a home setting.

Further more, in feng shui and taichi, it is all about a achieving a healthy balance of yin and yang.

For example, bedrooms are often suggested to have a more yin atmosphere as it is where household members rest and sleep to recharge. Living rooms see more activities of household members and are usually recommended to be more yang orientated so as to spread positive energy throughout the property.

When feng shui is practiced for general luck, then we are particularly interested in the 6 types of chi that influences it.

Translated as growth energy, this is the qi that’s mentioned the most by feng shui practitioners.

In 8 mansions feng shui, sheng chi has a place of it’s own in one of the directions.

It is the most appropriate type of chi that people who needs immediate luck to tap on.

Among the negative energy that might reside in a home, this is the one with the lowest potency and it’s negative effects can sometimes be lived with without major consequences.

This is translated as death energy.

Si chi (死气) is related to motionless, backward and staleness.

As the name implies, it is never a good energy type to have prospering in the house.

Known as killing energy, sha chi (煞气) is probably the most well-known form of negative energy that people are familiar with.

When sha chi is present in a living space, inhabitants must take steps to keep it in check.

Failing which can lead to misfortune, illness, and bad luck in general.

It is one of the focal points of geomancers to tap on di chi so that home residents can benefit from the auspiciousness it brings.

Generally, property that is built or standing on land will be linked to di chi. Apartments that are above ground level will suffer from a lack of it.

For example, living areas such as bedrooms that are constructed above a garage would lack di chi. In this case, remedies can be put in place to boost the energy presence.

There are actually many more types of chi by definition which differentiate between one from another.

But in the basic practice of feng shui, people seldom go beyond classifying energy as good or bad, or sheng chi and sha chi.

The above grades of chi is more than enough for an intermediate level feng shui diagnosis and treatment.

And if you move beyond that, you would already be in a position to know other types of chi available to tap on.

How To Choose A Sofa For Feng Shui 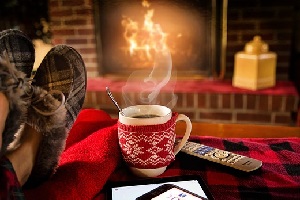 The Rules Of Fireplace Feng Shui 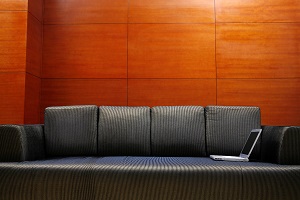 5 Rules Of Sofa Placement That Applies To All Homes

How To Change A House Natal Chart To The Current Period

The Basics Of How Flying Star Feng Shui Works