It is common knowledge not just in the East, but also in the West, that there are 12 animal zodiac signs in Chinese culture.

These 12 zodiacs take turns to have their spot in the limelight each year in a 60-year perpetual cycle known as the jiazi.

But there are a lot of stories being thrown about regarding how the 12 animal ended up being the zodiac signs when there are thousands of animal species all around the world.

The story of origins mostly point to the legend about a race between the animals.

There are various versions of the story being told by different people. But here are the details of the event as far as I know.

The legend begins with the ruler of heaven wanting to give each of the 12 years a common label so that people would be better able to identify with them. Then the brilliant idea of using common animal names to go with each year came to mind.

So he sent a messenger from heaven in the form of the Earth God (土地公) to earth to announce the race event in an apple-style keynote address. The first 12 animals to finish the race and reach the heavenly gate would be bestowed the title of a zodiac sign.

Every animal was pumped and determine to make themselves remembered for generations to come.

Being a nocturnal animal, the rat was at an advantage.

It meant that the rat would be all warmed up and ready by dawn to set of for the journey ahead. And it didn’t let that advantage slip.

This was a pretty strategic move as the rat was aware that it has disadvantages by being so small. Every step that an elephant took for example, would be 6 steps for him. So it had no choice but to start off early just to be on a level playing field and maybe… to gain an edge over everybody else.

It even lied to the cat that they would set off at dawn together and allowed the pussy to oversleep. That’s one competitor out of the way!

But what it was unprepared for was to come across a mighty river along the route.

Even as a normal current, the rat was simply too tiny to cross it without being swept away. Even his descendant Micky Mouse would not be able to animate his way out of this one. So the rat started pacing up and down stream looking for ways around… and found none.

With precious time wasted, the rat’s savior arrived in the form of the ox.

The ox took a secret shortcut by bashing it’s way through the thick forest vegetation. And it was really just warming up as ploughing the fields everyday without any rest days is part and parcel of being an ox. Somebody needs to speak to HR about that work schedule.

Anyway, the rat managed to cut a deal with the ox.

It put on the pretense that the the ox would surely win the race. So the rat would gladly take second place by riding on the ox and cheer him on all the way to the finishing line. He would also be able to batter navigate the waters as the ox swam. The ox agreed with little suspicion of the sinister plan in the rat’s mind.

As the rat climbed up onto the shoulders of the ox, he looked back and saw the arrival of tiger and rabbit from a distance. So he slapped the butt cheek of the ox and get it going.

Just as they started to cross the river, the cat appeared out of nowhere and clawed it’s way up the ox. Being thick-skinned, the ox hardly noticed anything amiss.

But the rat knew what was coming. You don’t piss of a feline and expect it to purr after that. It did the first thing that came to mind. Beg!

Amazingly, the cat forgave the rat for misleading him and was just contented to be a zodiac sign.

The dragon flies past

At the halfway mark of the river, the trio looked overhead and saw that the celestial dragon was gliding past them like the race as just another day in the office.

But as she looked down, she saw that the tiny cute rabbit hopping on rocks and had nowhere else to go. Who could resist that cuteness?!

So she flew down to rescue the rabbit.

Once she was assured that the rabbit was safe and would be able to make it to the shore itself via a floating log, the wise dragon was ready to get back into competitive mode.

She received a Whatsapp notification informing of a nearby fire. Being the controller of rain, the dragon rushed to put out the fire.

The cat gets betrayed… again!

A top-3 finish would do nicely for the cat. Little did he know that the rat was a capitalist who would stop at nothing to become number 1.

So when the cat was looking behind to track their lead over the other animals while grooming itself for the photo-shoot later, the rat pushed the furry friend into the river.

There’s no way the cat would be instagramming his finish now. All those likes and shares are all but wishful thinking now.

Almost at the next moment, the dog swam along side the ox while the rat watched with his jaw dropped. He was going to overtake them as he was a really good athletic swimmer. Maybe he was secretly training for the zodiac olympics coming up next year.

The canine reached the river bank first and the rat and ox thought that first place was gone.

BUT the dog had so much fun in the water that it could not control itself from splashing about happily at the shore. If you have a dog, you’d naturally understand this.

The ox and rat watched with wide open eyes as they could not believe what they were seeing.

The unlikely duo reached the finish line and as the ox trotted his stuff as he made his way to the finishing line, the rat leaped forward like he has never leaped before and took first place. No photo finish required.

The ox was never seeking fame and fortune and was satisfied with making second place.

It was then that the rat told the ox that the tiger was making up huge grounds on their lead as it was such an adapt swimmer. But they managed to just edge the stripped predator.

Next came the rabbit. The dragon came soaring next fully satisfied that it had ushered the rabbit to safety earlier.

Huge gap with the next group

There’s a huge gap between the next group of chasers. While the horse was somewhere in between the 2 groups.

It jumped into the water and easily galloped it’s way to the finishing line.

He was also bemused that the dog was still horsing around at the riverbank like there was no tomorrow.

But like the rat, the snake was a freerider who was hitching a ride. It slithered up front at the right moment to finish just ahead of the horse.

The rat, ox, tiger, rabbit, dragon, snake and horse have now crossed the finish line and have their zodiac status assured.

The dog is in sight but… still being a dog.

The goat, monkey and rooster are now just starting to conceive a plan to cross the river.

But since they were not engineers, how would they know to build one?! It would take too much time to order one online even with Amazon Prime. So they downloaded an app and watched some videos on YouTube for instructions. And since there was no free WIFI, more expensive mobile data was used for all that media.

They managed to work together to build a raft and successfully crossed the river.

The monkey rushed forward but was met with a heavy headbutt as the goat rammed into the ribs of the monkey. The rooster, being a much smaller animal decided to sit out of this confrontation.

The goat crossed first, and the monkey staggered across the line. The rooster, which chickened out as usual, came next.

The 10 finishers were now joking about with some locker room talk as they started to relax.

They all made funny remarks about the dog which was still having a hell of a time at the riverbank. They called out to it and the dog eventually came out of the trance and crossed the line.

The pig was already swimming at this point.

Along the way, the compassionate pinky picked up the drenched cat who was totally exhausted from keeping afloat in the water. It was too weak to finish the race and the pig became the 12th zodiac sign.

And of course, they tweeted their celebratory photo.

This legendary story of the zodiac race comes with many variations. Nevertheless, the point is that there is a story about a race behind the zodiacs that are told to children who are just learning about astrology.

Get exclusive feng shui insights that you would not find anywhere else.
Ask A Question Amazon Manifestation Fengshui Bazi Symbols
New
The Custom Of Pasting Door Gods At The EntranceStep By Step Guide To Groundbreaking RitualThe Symbolic Meaning Of A Pair Of ChopsticksThe Various Taboos Of Wearing ApparelLaba FestivalThe Zither Is An Instrument That Sings Marital Bliss

11 Signs Of Good Omen You’d Be Lucky To Spot

The Auspicious Nature Of Spring Couplets

5 Factors That Determine Our Life Journey According To Chinese Beliefs 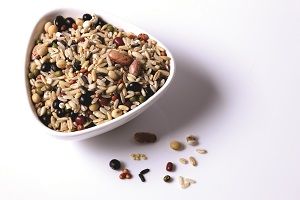